1. There are multiple cysts of various sizes diffusely scattered
bilaterally predominantly in the upper lobes, similar when compared to outside CT images and consistent with known diagnosis of pulmonary Langerhans’ cell histiocytosis.

2. There are innumerable centrilobular and intralobular nodules most notable in the lower lobes, in addition to multifocal peripheral
tree-in-bud nodules suggestive of bronchiolitis due to
inflammation/infection. The micronodules are better appreciated on the study and this represents progression versus technique differences is not certain.

3. No evidence of air trapping

As noted on CT the recesses are spared 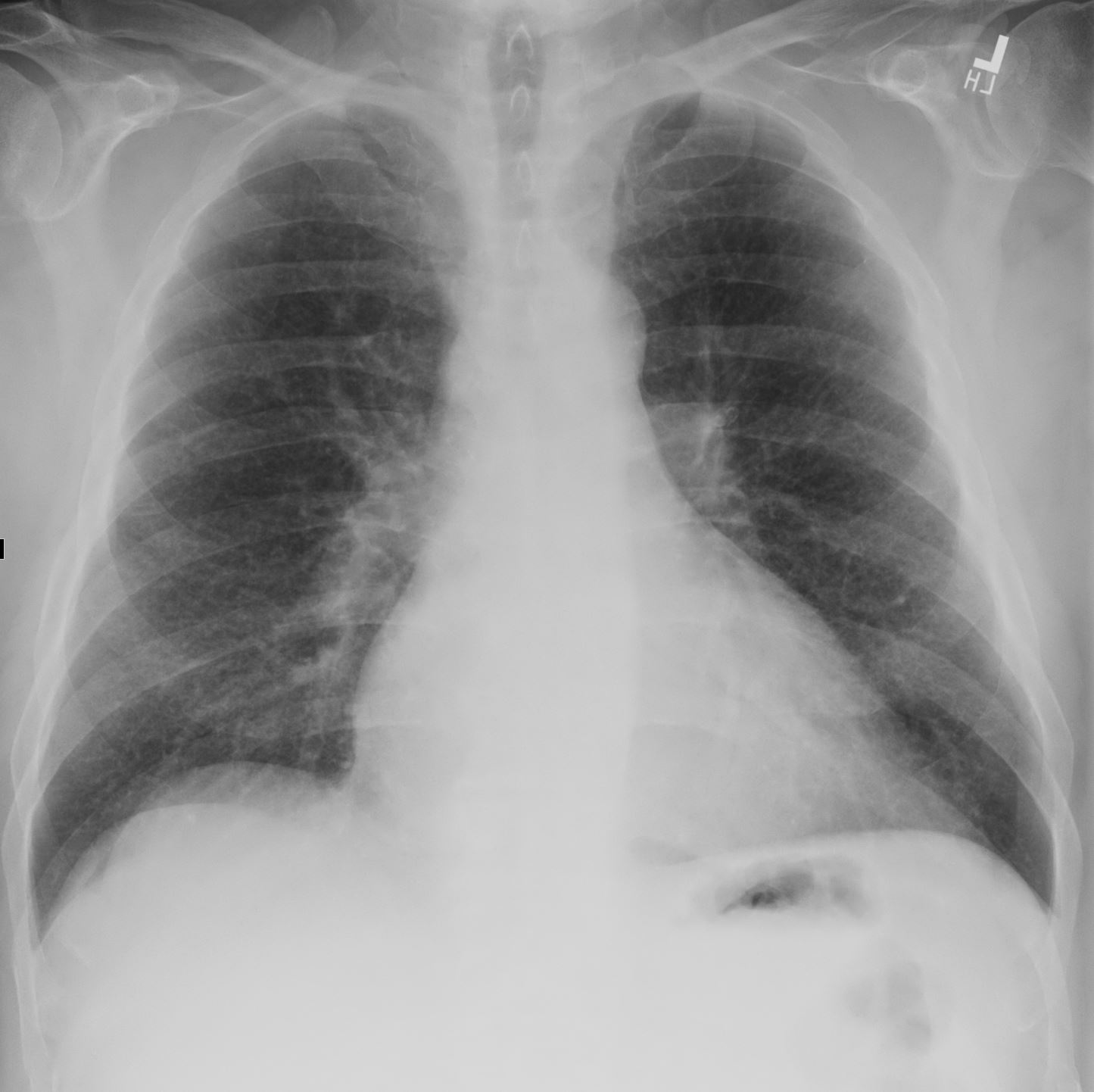 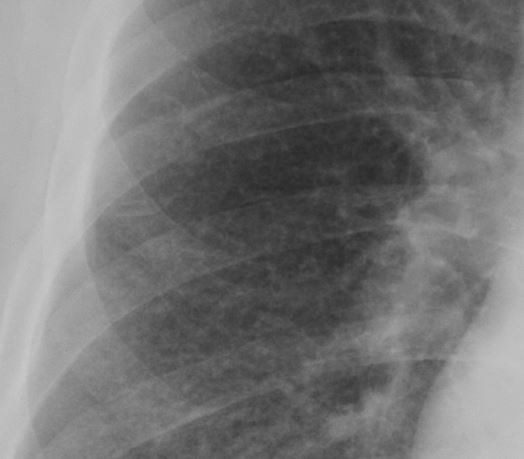 As noted on CT the recesses are spared 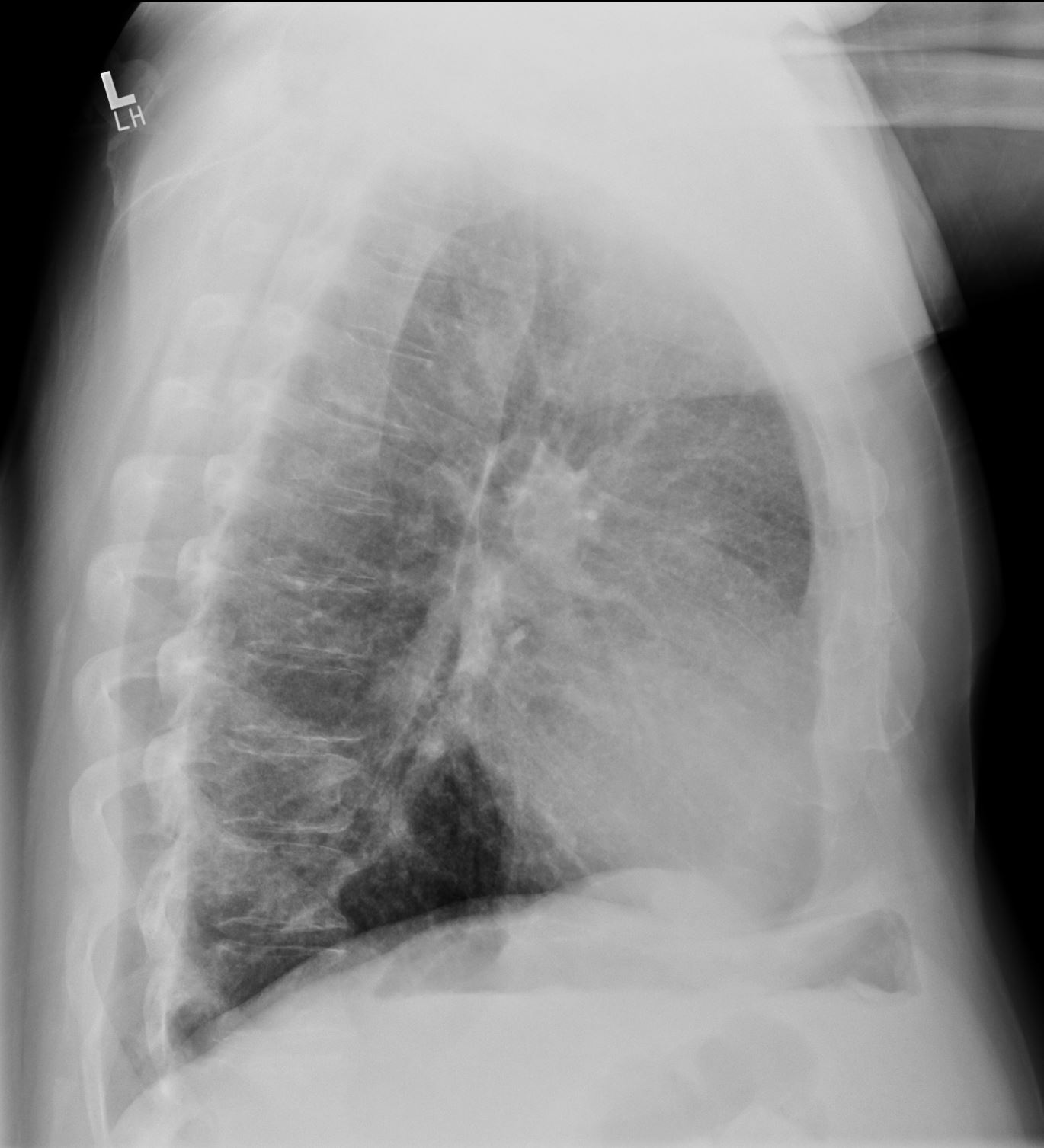 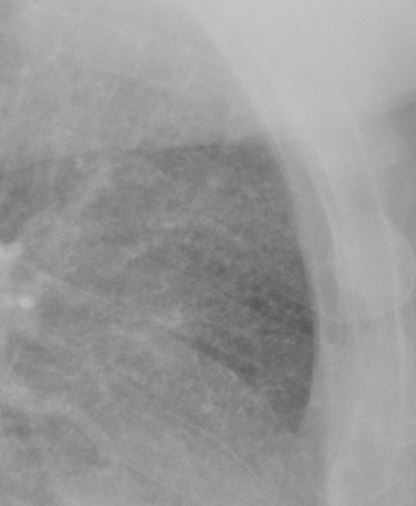 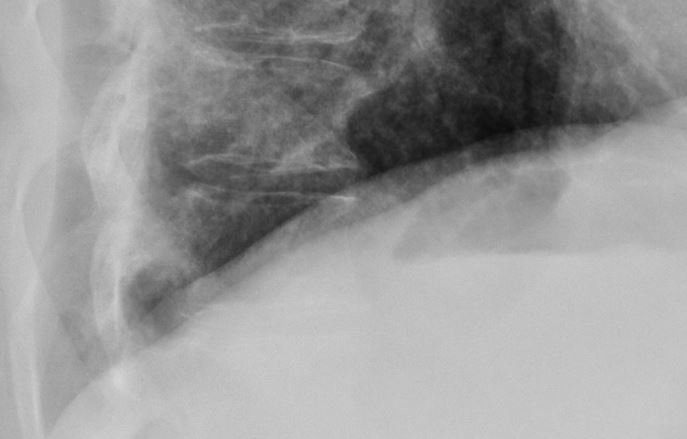 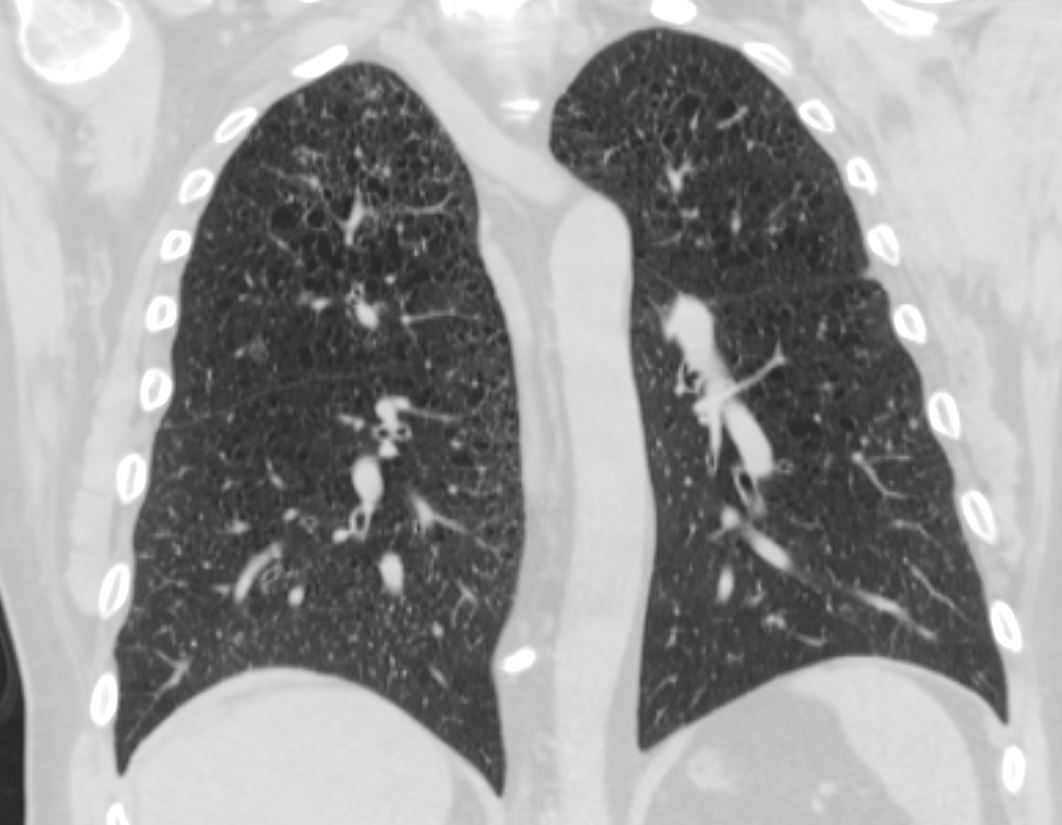 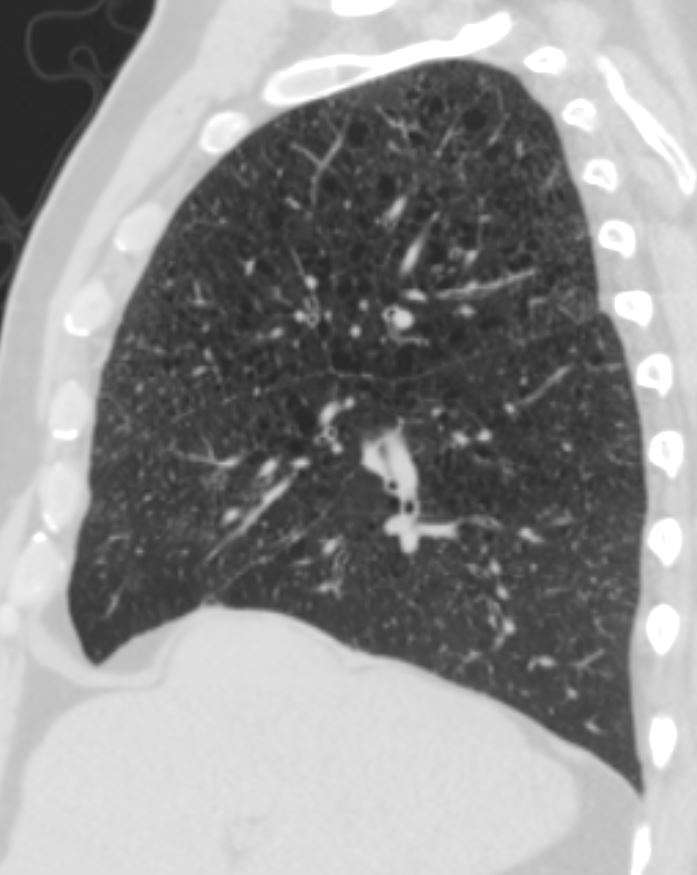 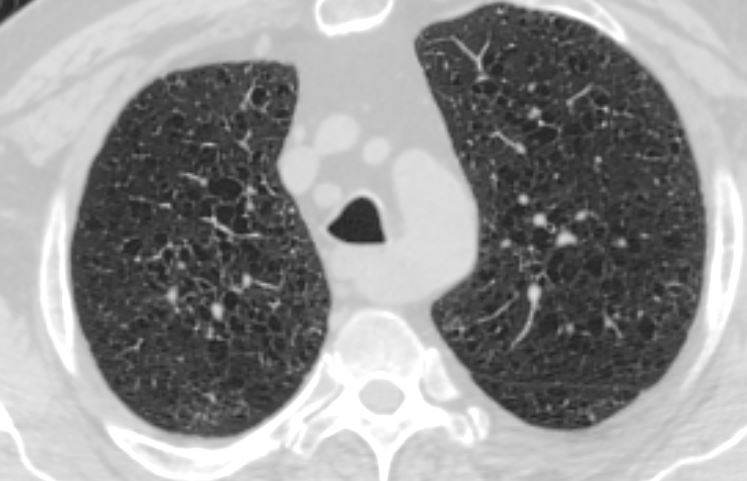 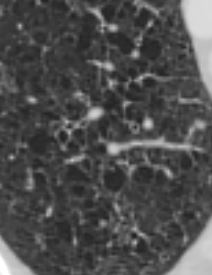 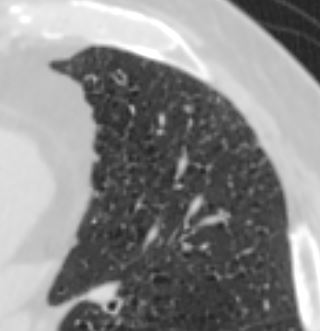 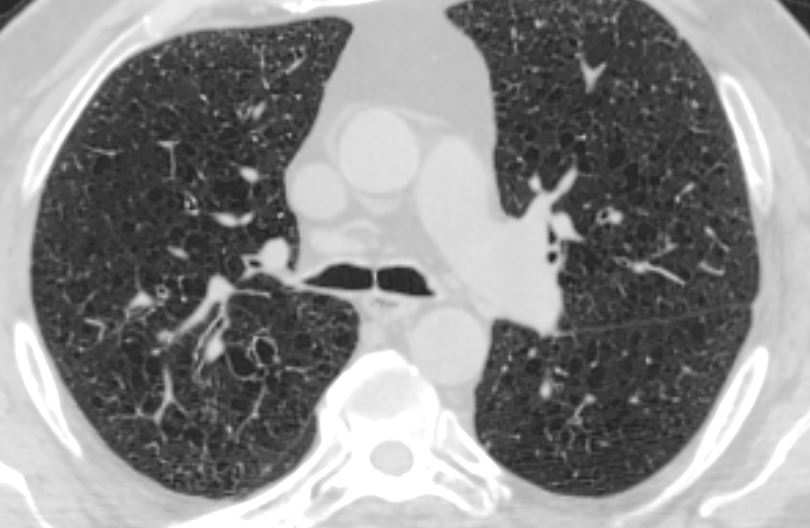 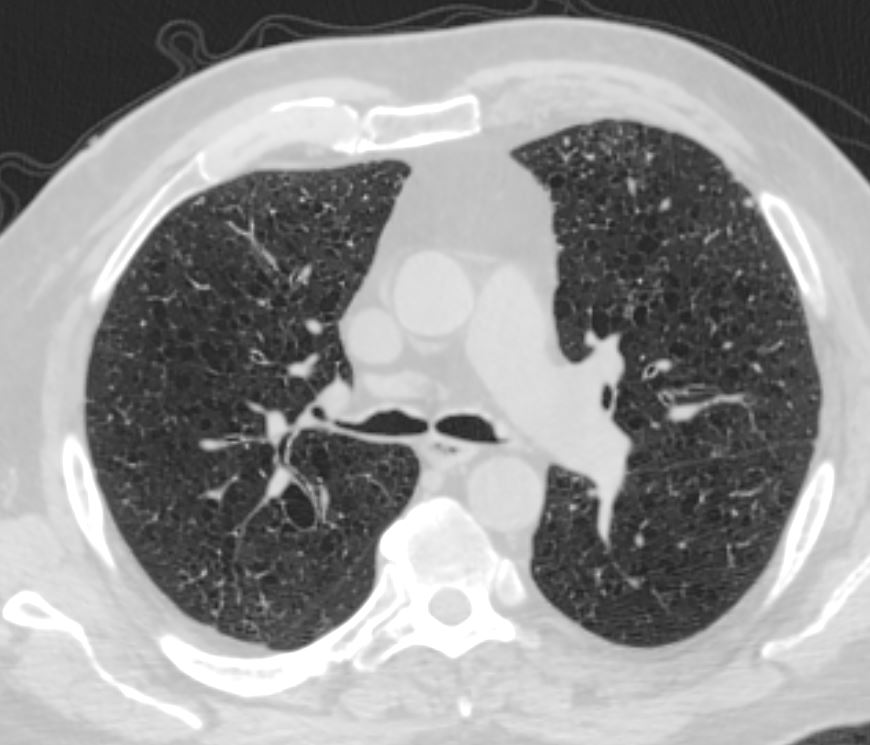 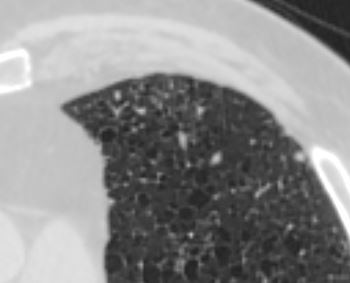 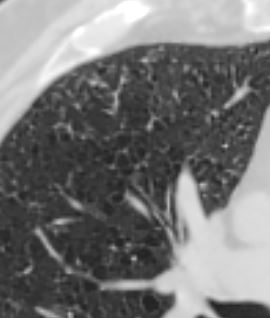 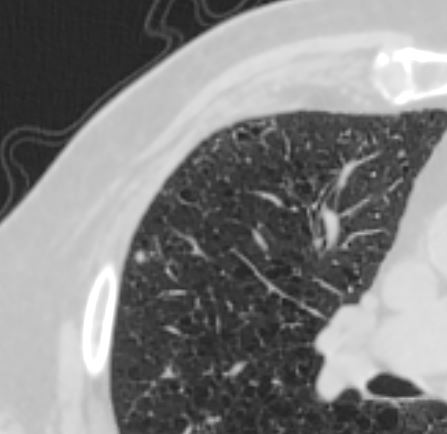 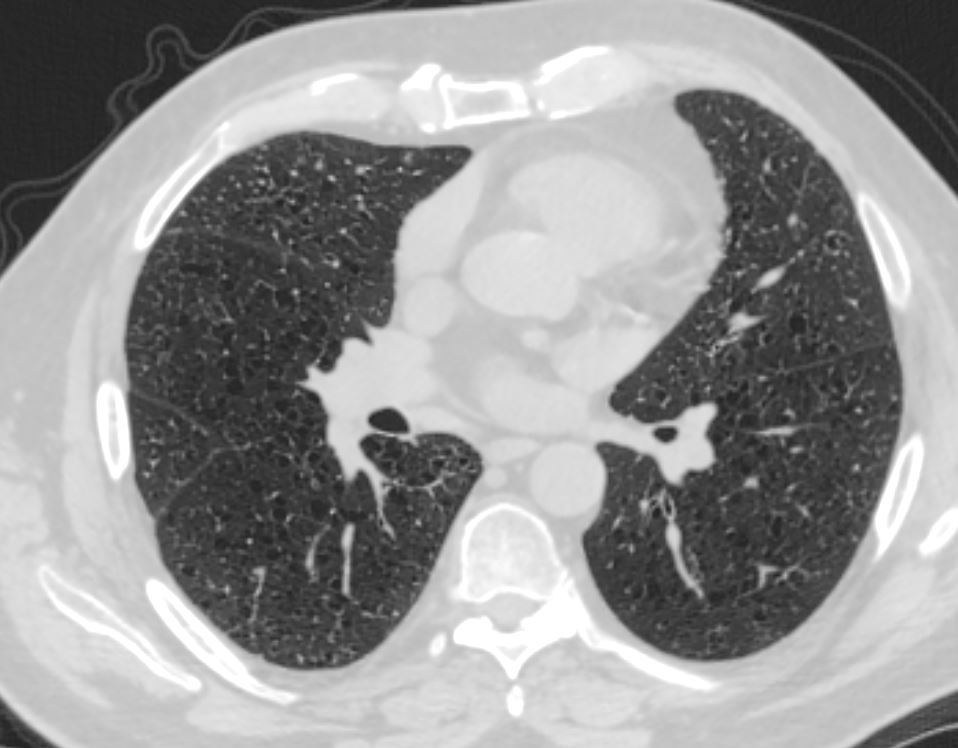 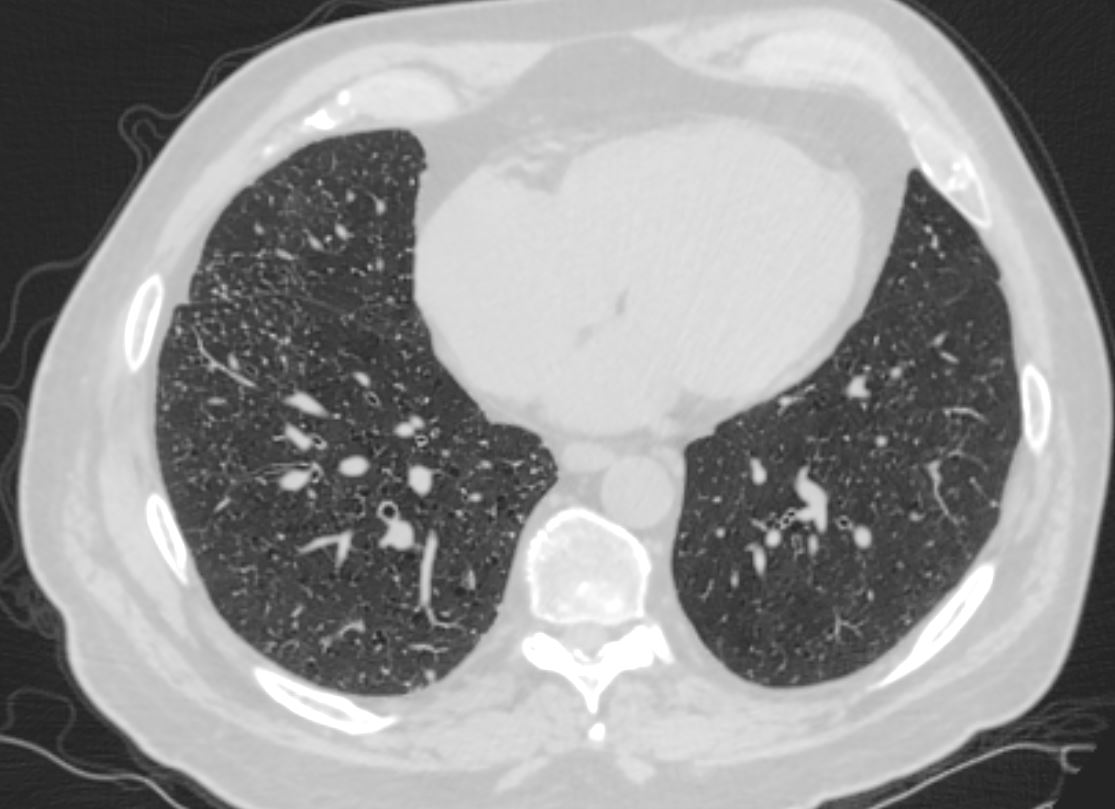 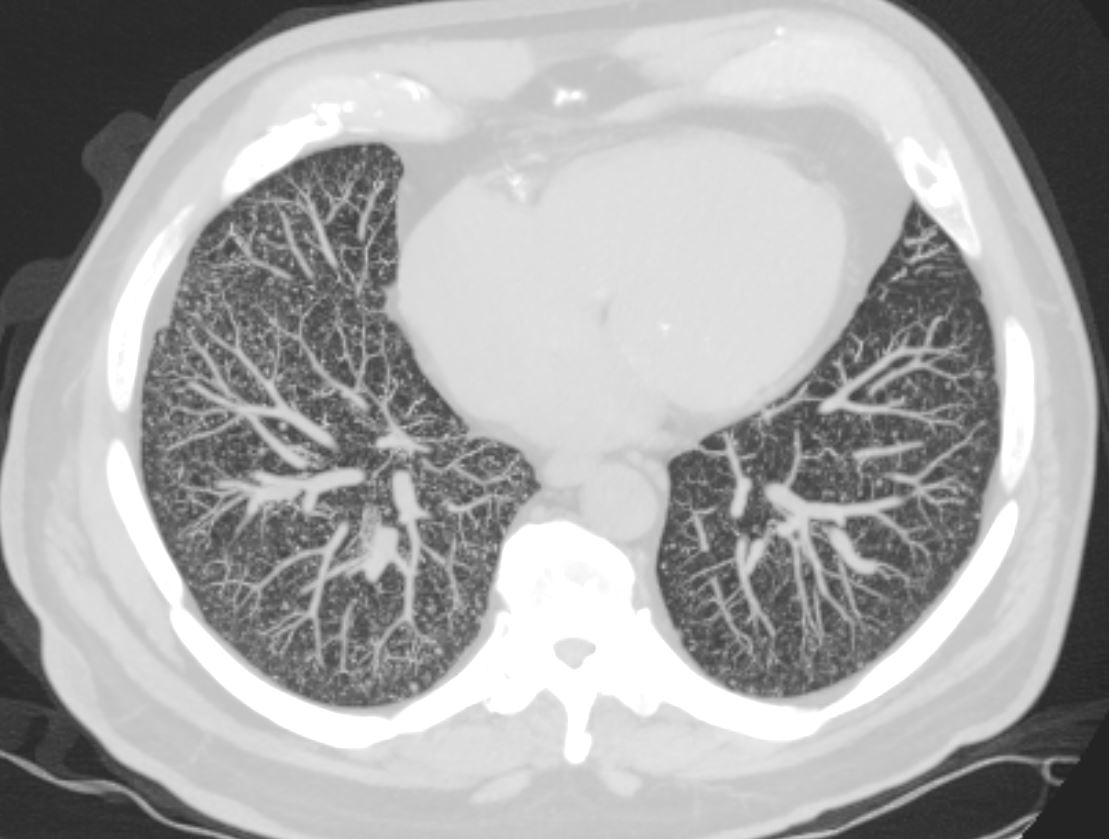 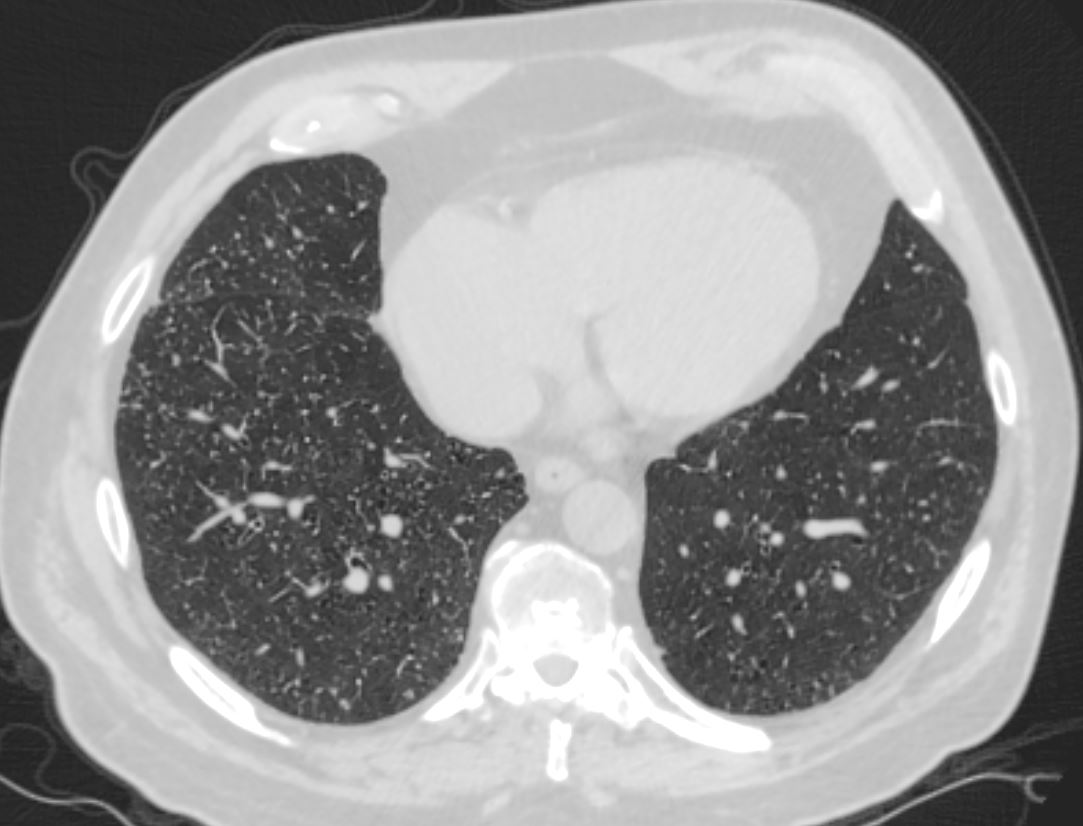 Sparing of the posterior recesses 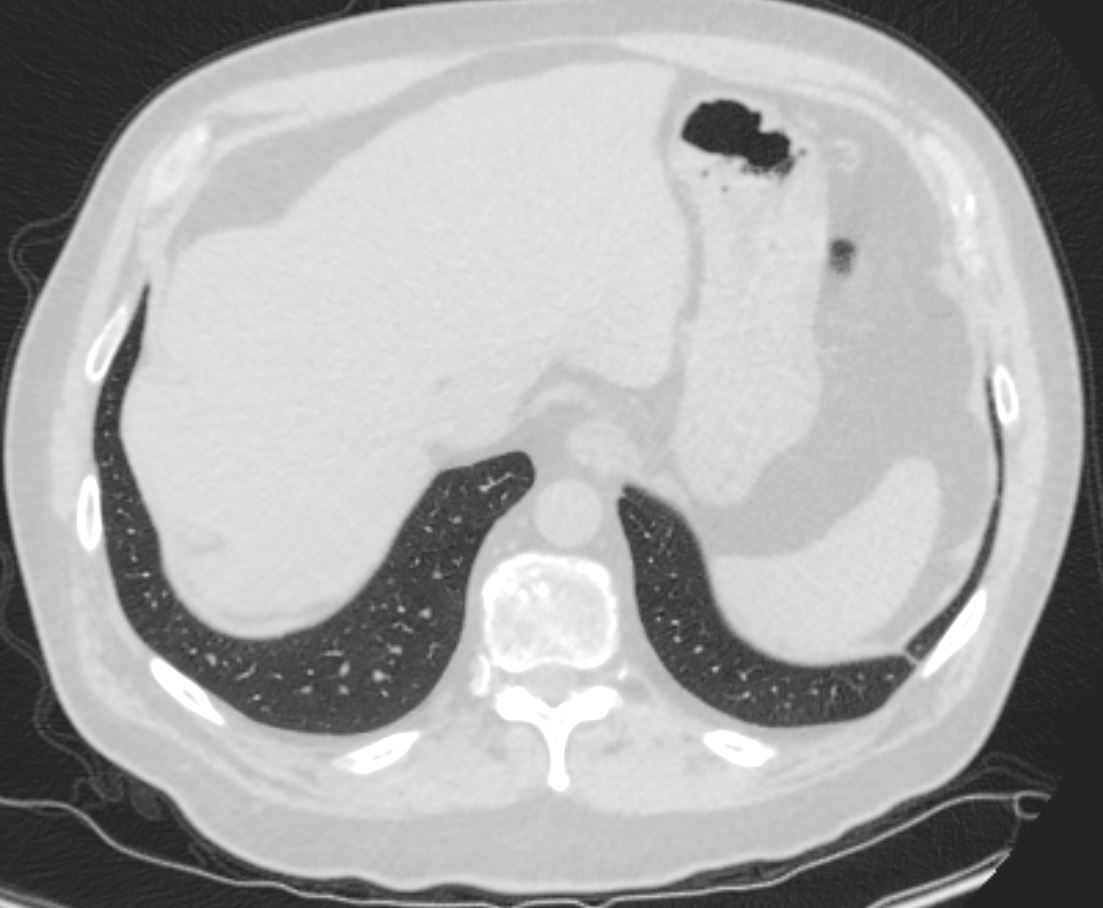 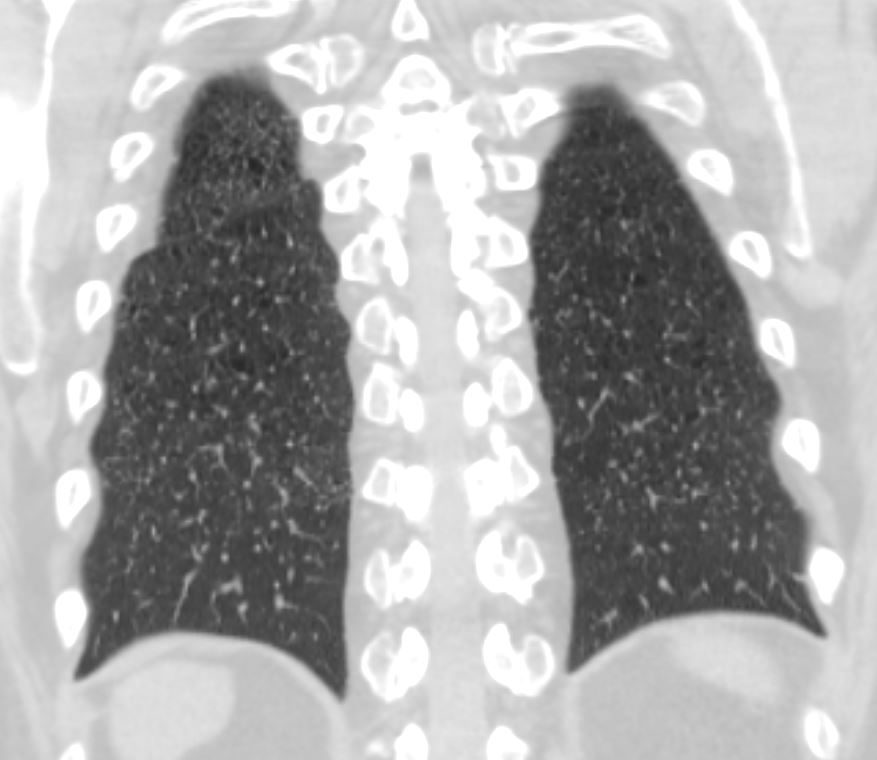 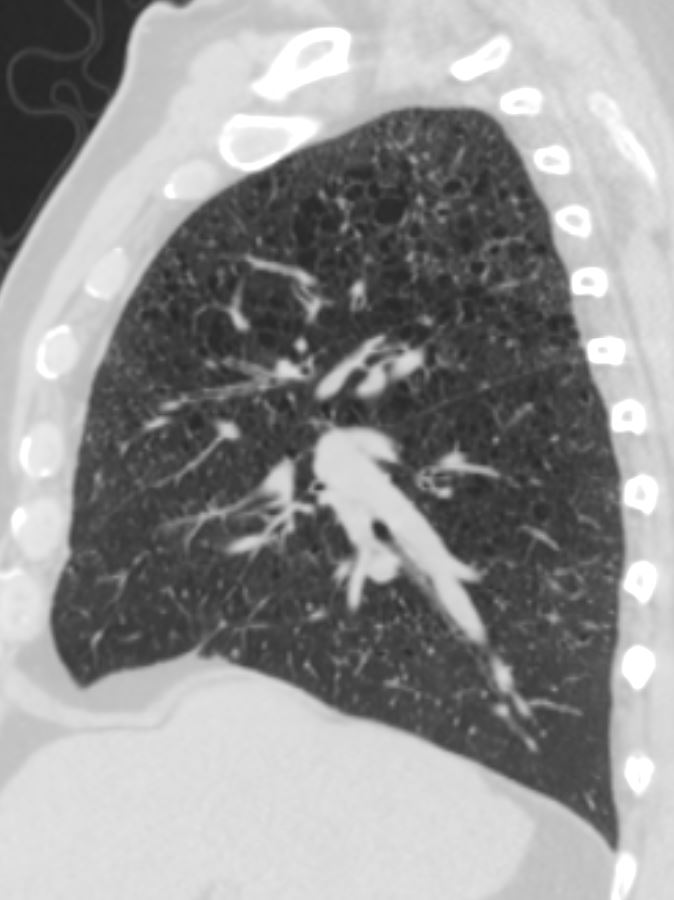 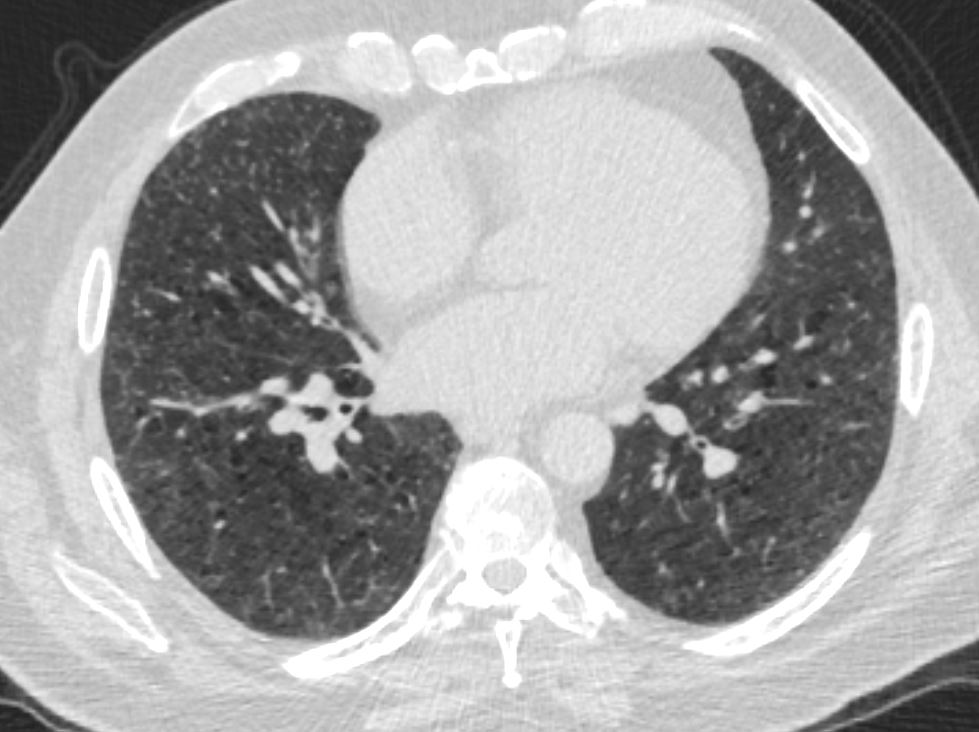