40 y F with hx of smoking (tobacco, marijuana) who also had occupational exposures and developed an ILD initially thought to most likely be hypersensitivity pneumonitis or RB-ILD but acutely worsened and now has a confirmed sarcoidal process. She required O2 but responded well to prednisone and addition of methotrexate (at 20 mg weekly). Strated tret,ment with  with a biologic, remicade or equivalent remaining on prednisone 20mg daily and methotrexate 20mg weekly until remicade is started

Cardiac MRI is not suggestive of cardiac sarcoid. Her follow up CT chest shows no progression but significant parenchymal lung disease and fibrosis. Has hypercalcemia

Around 2 years ago  she was able to walk work and live normally.  She says over the following couple of months her health deteriorated and 4 months later  developed chest pain.  Overall her symptoms have gradually worsened and 4months therafter she was hospitalized at that stage she was thought to have scleroderma associated interstitial lung disease based on the finding of a mildly elevated Scl70 antibody 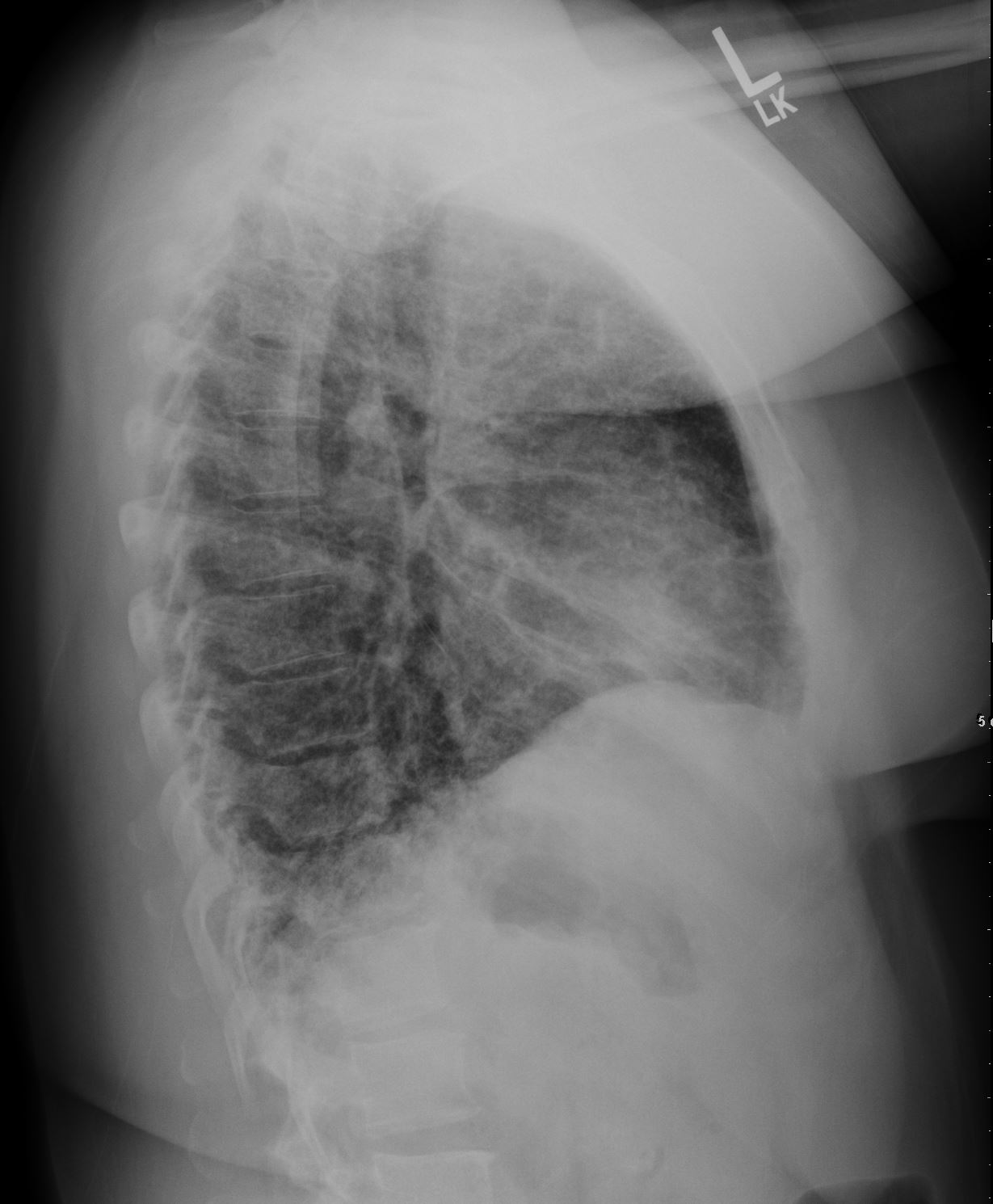 CTA Chest about 1 year ago There are diffuse ground glass opacities, interlobular septal thickening with a background of hundreds of centrilobular nodules. They are not as well seen due to the GGO’s. Significant mediastinal LAD. Overall, much worse than the the prior scan

Bronchoscopy and EBUS performed. Both node and transbronchial biopsy identified well formed granulomas, non-necrotizing, with negative microbial stains. She was started on prednisone 30mg. . Initial imaging was consistent with RB-ILD or HP. Path is consistent with sarcoidosis or sarcoidal reaction. Unusual in the severity of hypoexmia. Recommended adding methotrexate.