Two sets of lymphatic vessels drain the lung of lymph. A subpleural lymphatic network collects the lymph from the peripheral lung tissue and drains it along the veins leading toward the hilum. There is a deeper lymphatic system that originates around the bronchi and the bronchioles. The deep system joins the lymphatics around the larger bronchi and pulmonary arteries and they finally enter the mediastinum where they join the bronchomediastinal trunks. The final common pathway for all the lymphatic is via the thoracic duct which enters the left subclavian vein.

Most of the visible lymph nodes are within the hila and mediastinum.  However there are  lymph nodes that lie close to the periphery of the lung. These are relatively small measuring  approximately 2mm. in diameter.  They become larger towards the hila, reaching diameters of between 5 to 10mm.

Group 3 called “prevascular and retrotracheal nodes” can only be appreciated on the axial images since they are found relatively anterior and posteriorly in the chest.

A Patient with Sarcoidosis with Calcified Nodes at Many Stations

50-year-old male presents with history of Stage 4 sarcoidosis acute chest pain and dyspnea
The initial CXR shows a left sided pneumothorax, diffuse nodular pattern with confluent perihilar infiltrates and a left pleural effusion
A chest tube was placed and a chest CT showed confluent fibrotic masses in the hilar regions totally surrounding the bronchovascular bundles with encasement of the middle lobe artery. In addition, multiple lymphovascular micronodules are demonstrated. The pulmonary artery measures 32.7mm indicating pulmonary hypertension.
A CXR during this admission shows re-expansion of the pneumothorax. Left lung volume is reduced.
The patient presents 2 years later, again with progressive dyspnea and chest pain and CT PA shows encasement of the airways, right middle lobe pulmonary artery and left lower pulmonary vein by the fibrotic broncho vascular masses, and non-occlusive, subacute pulmonary embolus of the LPA. There are moderate bilateral pleural effusions, calcified lymph nodes, with ongoing pulmonary hypertension with right ventricular enlargement, right atrial enlargement, tricuspid regurgitation and pulmonary hypertension. At this time the patient is intubated.
He again presents 1 month after with chest pain and dyspnea. At this time, he has a tracheostomy. The scout frontal view shows persistent encasement of the left upper lobe bronchus and significant reduction on the volume of the left lung with elevated left hemidiaphragm.
CT PA has similar findings with a large right pleural effusion and unresolved large non occlusive thrombus in the left pulmonary artery.

The polygonal shape of the secondary lobule is a key shape to recognise.  These lobules are well formed at the lung apices, lung bases and particularly at the periphery of the lung.  The septa are not usually appreciated in healthy lungs, but may be seen in only mildly diseased lungs as well as advanced disease in the lung.  Their presence does not necessarily indicate lymphatic disease since the connective tissue of the septa, and the venules are also located within them.

Sarcoid  disease and sarcoid nodules specifically, seek out the lymphatics of both the subleral and the deep systems.  Thus when nodules or focal changes are identified on the pleural surfaces, including the fissures, interlobular septa, and bronchovascular bundles then sarcoidosis is a prime suspect.  Pleural effusions on the other hand are distinctly uncommon in sarcoidosis.(1-4%).  In lymphangitic spread of disease, malignant cells get bundled in to the lymphatics causing obstruction and reducing pulmonary capacity. Thickening of the interlobular septa is a characteristic finding in these cases.  In anthracosis, lymph nodes and lymphatics get filled with carbon colored soot.

The subpleural and deep system have a final common pathway.  The image below shows this connection by demonstrating spread of malignant disease in the interlobular septa, around the bronchi and in an intrapulmonary lymph node.

In general , although we often measure the size, and specifically the short axis of the nodes to determine the presence of disease, we understand that this is a fairly inaccurate method with low specificity .  A short axis of more than 10mm implies a pathologically involved node.  Often the large node may be reactive and may not contain malignant disease.  PET scanning has been an important advance to aid in the distinction between reactive and malignant lymphadenopathy. 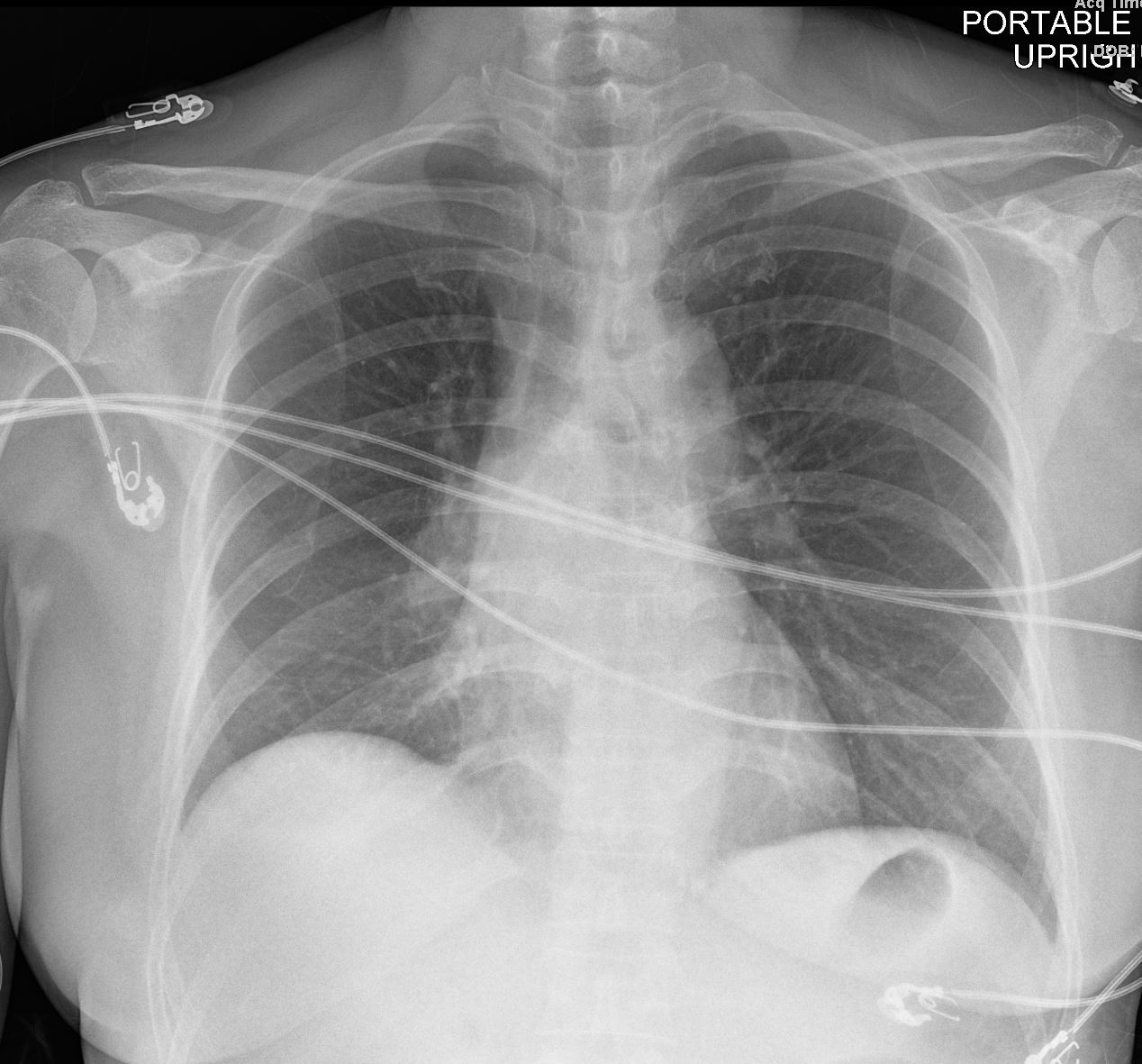 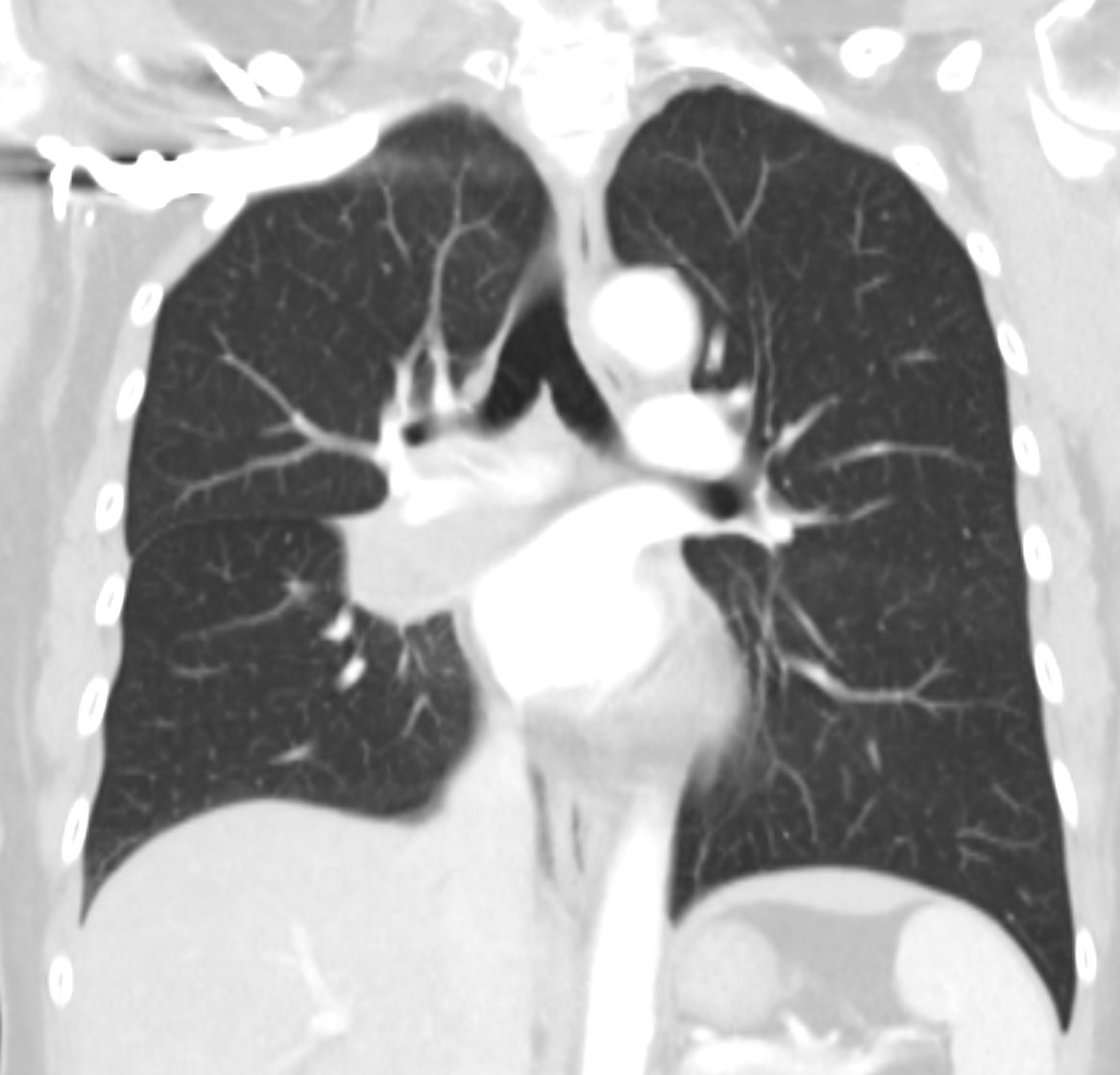 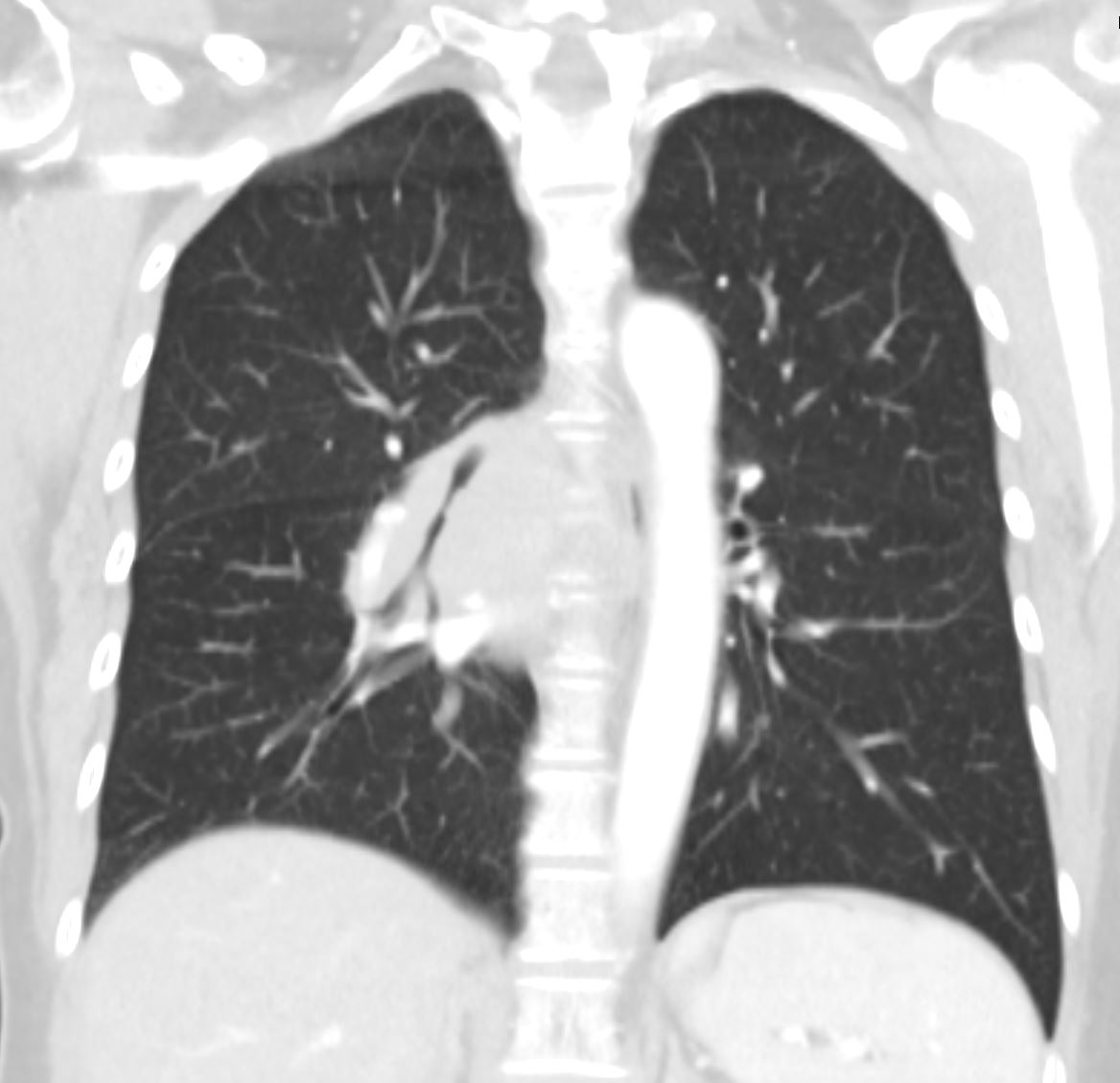 Bilateral Lymphangitis Carcinomatosis in a Patient with Adenocarcinoma